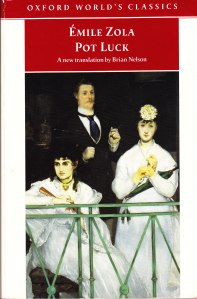 The expression Pot-Bouille, the title of one of Zola’s Rougon-Macquart series of novels, is difficult to render in English. “Pot luck” in the Midwest, where I come from, implies taking your chance on what may be in the pot that day. A French dictionary calls pot-bouille a “repas ordinaire d’un ménage.” I rather like that – it’s what you usually get, and luck doesn’t much enter into it.

The ménage in which Zola finds this ordinary meal is an apartment house in Paris, in which live a number of bourgeois families and their servants. These human ingredients of Zola’s story are no more exceptional than the ingredients of pot luck; their activities and attitudes are as we would expect. For details, see two posts here at Reading Zola where Jonathan provides a plot summary  and Lisa describes the characters and their interactions. Lisa also remarks that the “smart new building is Zola’s metaphor for the hypocrisy of the bourgeois.”

Almost all the inhabitants of the building are corrupt in some way. The servants steal from their employers and gossip about them. The tenants cheat financially and sleep with each other and with the servants. The bourgeoisie are hypocritical about what is going on; the servants are not. They know what is being concealed. After the morning gossip,

They [the maids] all plunged back into their kitchens; and from the dark bowels of the narrow courtyard only the stench of the drains came up, like the smell of the hidden filth of the various families, stirred up by the servants’ rancor. This was the sewer of the house, draining off the house’s shames, while the masters lounged about in their slippers and the front staircase displayed all its solemn majesty amid the stuffy silence of the hot-air stove.

Now that I have read several Zola’s novels, I am struck by his repeated use of human constructions as metaphors for the theme of his story. In Pot-Bouille, it is the apartment house, designed to be impressive, but concealing its decadence. In La Curée, it is the grand, over-decorated mansion constructed by Saccard to display his wealth and social importance. In Germinal, it is the mine and its machinery – underground, yet dominating all above and below. In The Belly of Paris, it is the market, which is large, complex and contains the delights of fresh foods along with the stink of garbage.

In his biography, Zola: A Life, Frederick Brown gives a detailed account of how Zola acquired a modest country property at Medan. As he prospered, he expanded the original house, remodeling it and adding wings and towers. Construction had meaning to Zola, as shown by the attention he paid to his own property and his evident pride in the results. His house was a testimony to his success. With his feeling about the importance of buildings, it is appropriate that an apartment building in Bot-Bouille links together the characters and subplots of the novel. For example, it represented the conventional virtues to the erring Berthe, hiding from her angry husband.

Then gradually the solemn staircase filled her with fresh anguish; it was so black, so austere. No one could see her; and yet she was overcome with confusion at sitting there in her chemise amid such respectable gilt and stucco. The wide mahogany doors, the conjugal dignity of these hearths, seemed to load her with reproaches. Never had the house appeared to her so saturated with purity and virtue.

Berthe is wrong, of course. The house itself cannot be virtuous, only the people within. Zola notices the details of wide mahogany doors and grants conjugal dignity to hearths. He is sensitive to constructions and what they represent. I hope he was satisfied by what his own domestic constructions meant to him, as well as what they represented to the world. 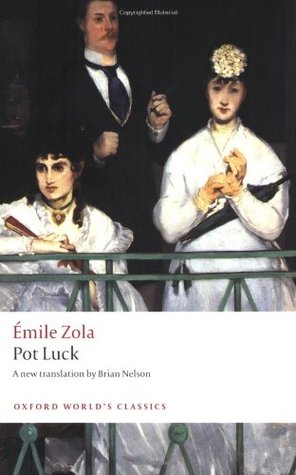 Well, here we are at No 7 in the recommended reading order for those wanting to read Zola’s Rougon-Macquart cycle of novels. It’s Pot-Bouille, written in 1882 and translated variously as Pot Luck, Restless House, and Piping Hot though none of these really capture the metaphorical meaning of the original title, according to Brian Nelson, the translator of this Oxford World Classics edition. There isn’t really an English word which manages to convey the ‘melting-pot of sexual promiscuity’ which pervades the building, and the stewpot of swill as a metaphor for the moral and physical corruption of bourgeois Paris in the 19th century. But if you can’t read the novel in the original French, this translation is a most enjoyable version instead, even if the translator himself isn’t happy with his title!

In this novel, a smart new building is Zola’s metaphor for the hypocrisy of the bourgeois. Octave Mouret, known to me as a man with his eye on the main chance from my previous (out-of-order) reading of The Ladies’ Paradise (see my review), comes to Paris from Plassans to make his fortune. Through his connections with relations of M. Campardon, Octave rents a room on the fourth floor of a new apartment building. The building is distinguished by elegant surface features of fake marble and mahogany which mask shoddy workmanship, peeling paint and sleazy servants’ quarters.

The concierge M. Gourd spruiks the building’s other tenants as he escorts Octave upstairs (where, alas, the posh red carpet fizzles out as they reach the cheaper rooms). Gourd is at pains to emphasise the respectability of the house, but these tenants are anything but respectable!

The landlord is M. Vabre, whose offspring all live in the building. They are:

The other tenants are

Into this curious collection of sexually mismatched couples comes Octave, young, virile, and ambitious in more ways than one. He gets himself a job as a salesman at ‘The Ladies’ Paradise’ (just a drapery then, not then the spectacular department store it is to become in the later novel of the same name) and sets out to seduce his employer’s wife, Madame Hédouin. When she’s not interested he turns his attentions elsewhere, and elsewhere, and elsewhere! But he’s not interested in the servants, because he needs his conquests to lead to advancement in other ways.

The hypocrisy and sleaze spread outwards and upwards as well. The Josserands have a dissolute old uncle Bachelard who hangs around with Duveyrier and Trublot, a cynical young man who sleeps with almost all the servants. These hapless young women are caught between Gourd’s insistence on respectability (so much so that he evicts a young woman from the house on the eve of her confinement) and the expectation that they will submit to any man who wants a bit of fun upstairs. They are vulgar and dirty, and they have filthy mouths, but these servants are the only honest characters in the novel. In the most moving scene in the book, one of the servants gives birth alone and in silence, terrified of being caught and losing her job. The fate of her infant is heart-breaking, but was probably not uncommon. (It still happens today, though changes in social attitudes and the status of women make it rare, at least in the West).

Pot Luck is a biting satire, one of Zola’s best.

Next up in my Zola Project will be No 9 in the recommended reading order because I’ve already read No 8, The Ladies’ Paradise (Au Bonheur des Dames). There isn’t a nice modern OUP World’s Classic translation of La Faute de l’Abbé Mouret so I shall have to make do with one of these, listed on the Translations page at The Books of Emile Zola by the indefatigable Jonathan who has contributed so much to our collaborative blog there:)

Author: Emile Zola
Title: Pot Luck (Pot-Bouille)
Publisher: Oxford World Classics, reissued 2009
ISBN: 9780199538706
Source: Personal copy, purchased from Fishpond. (OUP have very generously sent me most of their Zola editions for review, but not this one, because I already had it). 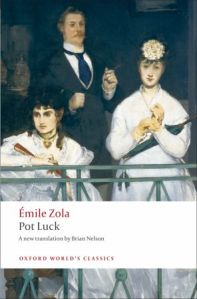 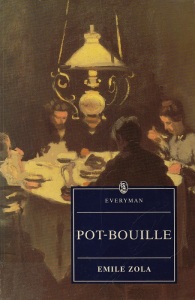 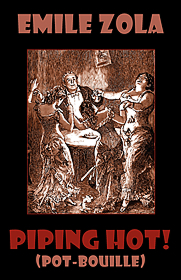 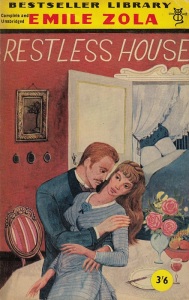 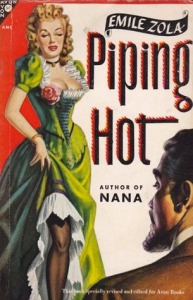 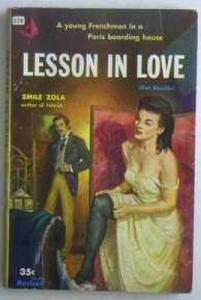 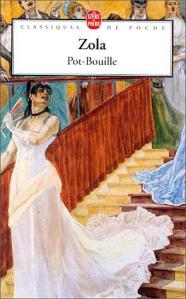 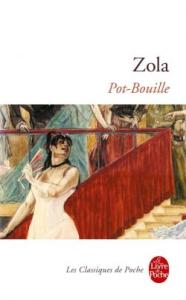 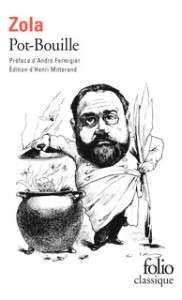 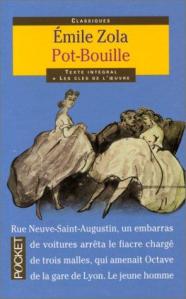 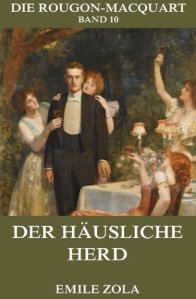 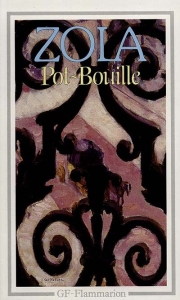 Pot-Bouille was first published in 1882 and has been translated as Pot Luck, Piping Hot!, Restless House etc.